Microsoft Teams To Stop Working For Millions Of People

Microsoft Teams is going to lose compatibility with Internet Explorer 11 from November 30. 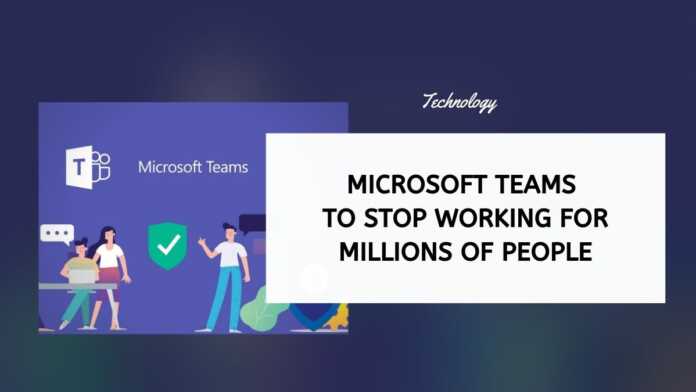 Microsoft had announced this earlier this year and this is a part of the company’s push to get Internet Explorer users to move on to using Edge.

Microsoft Teams is not the only thing that the Internet Explorer 11 is losing now, the “veteran” browser from the house of Microsoft will also lose access to Microsoft 365 services soon.

By August 17 next year, Microsoft 365 services will no longer work on Internet Explorer. The legacy version of Microsoft Edge will also reach end of support on March 9 next year,

All these changes were announced by Microsoft in a blog post earlier this year where the company had said that the Internet Explorer 11 is not going away but the amount of mileage you can get from the browser is going to reduce greatly.

Also, with the legacy Microsoft Edge reaching its end of support, it is obvious that Microsoft is going to focus entirely on the Chromium-powered version of Microsoft Edge instead.

“This means that after the above dates, customers will have a degraded experience or will be unable to connect to Microsoft 365 apps and services on IE 11. For degraded experiences, new Microsoft 365 features will not be available or certain features may cease to work when accessing the app or service via IE 11. While we know this change will be difficult for some customers, we believe that customers will get the most out of Microsoft 365 when using the new Microsoft Edge. We are committed to helping make this transition as smooth as possible,” the company explained.