Apart from that it also added more features like schedule meetings to its free version. 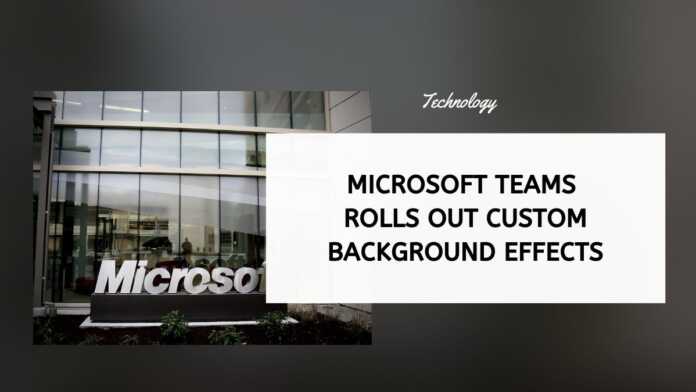 Microsoft Teams is getting custom backgrounds. This is the one feature that rival Zoom has had for a long time. Microsoft also announced new features for the free version of Teams.

Microsoft Teams offered background options for meetings. It had background blur and preset images like a modern office and a cartoonish beach scene.

Microsoft Teams is now getting the option to add custom background effects. Users can upload their own images or select from the new set of images available.

There are different collections of background effects to choose from on Microsoft Teams. There’s a mountain of LEGO building blocks, the Simpsons’ living room, and masked singer.

For the free version of Teams, Microsoft has rolled out meeting schedules. Users can now schedule meetings and send invites in advance.

The invite can be sent via Outlook or Google calendar. Microsoft Teams free users also get access to live captions for their meetings. Microsoft Teams will be updated automatically with these new features.