Microsoft Teams has continued to grow amid the Covid-19 pandemic. 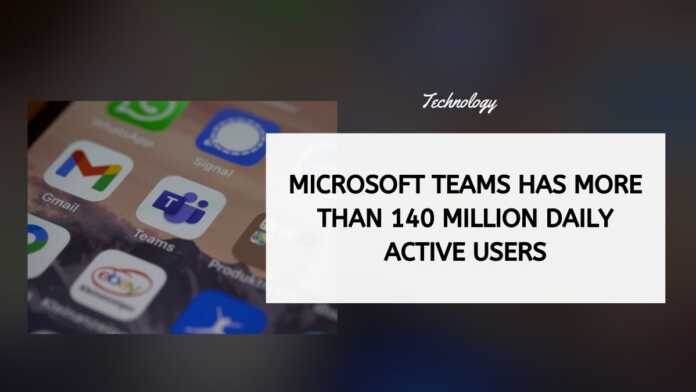 At the beginning of the Covid-19 pandemic, Microsoft Teams had about 32 million daily active users. With pandemic forcing people to work remotely, the platform added 75 million users in just a few weeks. The user base continued to soar in the coming months.

Slack, a popular workplace collaboration platform, reported 12.5 million concurrent users at the beginning of the pandemic. Slack since then has not disclosed the daily active user base.

Earlier, Microsoft reported a growth in profits in the first quarter of 2021. It had a fiscal third-quarter profit of $14.8 billion, up 38% from the same period last year. The growth was mainly driven by the ongoing demand for its software and cloud computing services.

“Over a year into the pandemic, digital adoption curves aren’t slowing down. They’re accelerating, and it’s just the beginning,” CEO Satya Nadella said in a statement.

Revenue from Microsoft’s productivity segment, which includes its Office suite of workplace products, rose 15% over the same time last year, to $13.6 billion. Its cloud computing business segment recorded a growth of 23% to $15.1 billion.