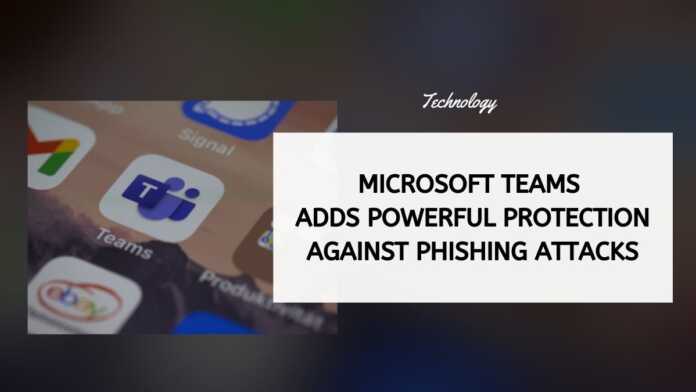 With Windows 11 adopting Microsoft Teams as the default messaging service and integrating it with the taskbar, the company is now shoring up the security on the platform – by adding Defender ‘Safe Links’ to spot phishing URLs.

Phishing protection is important for Microsoft Teams users. The malicious links that are notorious for tricking users into entering their passwords and credentials into fake websites can be regularly spread over email and messaging services like Teams. Microsoft will integrate the powerful phishing protection in Teams with the help of Defender for Office 365.

The Safe Links feature in Defender for Office 365 will basically scan URLs that are received in chats by users to protect them from any dangerous URLs that can lead to loss of credentials and personal data.

These links will be scanned “at the time of click”, according to Microsoft. “We’re super excited to announce that this capability is now generally available,” the company stated while explaining the feature.

Microsoft says that attackers have become smarter and are sending users harmless links that redirect them after they have been clicked. These redirected phishing URLs make it harder for detection systems to identify them after they are sent. This is why Microsoft scans the link after it has been clicked, which could help it identify the dangerous links more effectively.

According to Microsoft, the Safe Links feature can cover all messaging modes on Microsoft Teams – Conversations, group chats, and Channels.

The feature was first previewed on Teams a few months ago, and the company says that its ‘detonation systems’ detect almost 2 million phishing URLs created by malicious users each month, while over 100 emails with these URLs are blocked every month.