Microsoft Shutting Down LinkedIn In China Amid Scrutiny 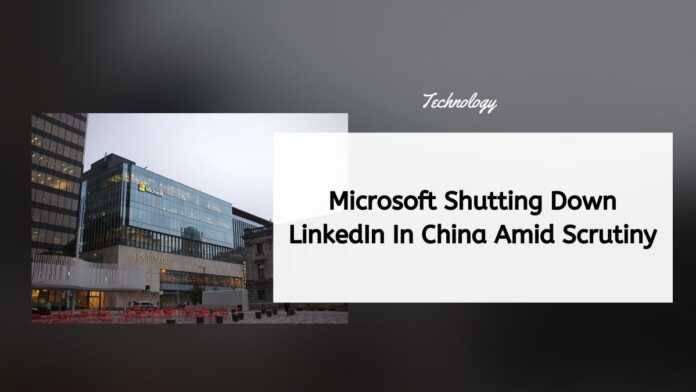 Microsoft is shutting down its main LinkedIn service in China later this year after internet rules were tightened by Beijing, the latest American tech giant to lessen its ties to the country.

“Given this, we’ve made the decision to sunset the current localized version of LinkedIn, which is how people in China access LinkedIn’s global social media platform, later this year,” Shroff said.

LinkedIn will replace its localized platform in China with a new app called InJobs that has some of LinkedIn’s career-networking features but “will not include a social feed or the ability to share posts or articles.”

The career-networking site will instead roll out a new platform called “InJobs”, a China-only portal that will “not include a social feed or the ability to share posts or articles”.

“InJobs will not include a social feed or the ability to share posts or articles. We will also continue to work with Chinese businesses to help them create economic opportunities. This decision aligns with our commitment to creating economic opportunity for every member of the global workforce.”

LinkedIn in March said it would pause new member sign-ups on LinkedIn China because of unspecified regulatory issues. China’s internet watchdog in May said it had found LinkedIn as well as Microsoft’s Bing search engine and about 100 other apps were engaged in the improper collection and use of data and ordered them to fix the problem.