Microsoft Rolls Out Windows 10 May 2020 Update

Windows 10 May 2020 update is available for desktop, laptop, and tablet users. However, you need to be aware of something before updating it. 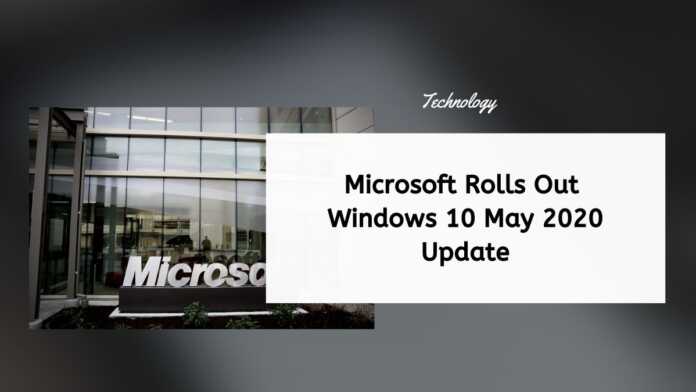 Microsoft has launched a new version of the Windows 10 operating system for desktop, laptop, and tablet users.

Known as Windows 10 May 2020 Update, while there’s a lot to like in the latest version of the operating system, the company has also confirmed some problems and is not encouraging everyone to rush out and download the new software.

According to the express.co.uk, the company is telling some Windows 10 users to avoid it completely because of numerous glitches found in the latest operating system upgrade.

The company has been very upfront and published a complete list of problems discovered in the new version of Windows 10. They have listed 10 significant known issues, which included problems with Bluetooth, audio, gaming, connectivity, graphics card drivers, and system stability.

According to reports, some issues are pretty minor and shouldn’t be enough to put you off installing Windows 10 May 2020 update.

However, you might just want to hold off for a while because Microsoft has confirmed this update may potentially cause some issues with your PC after the update. That risk, in the critical times of work from home, is perhaps not the best idea.