The PrintNightmare bug allowed hackers to take over personal computers. 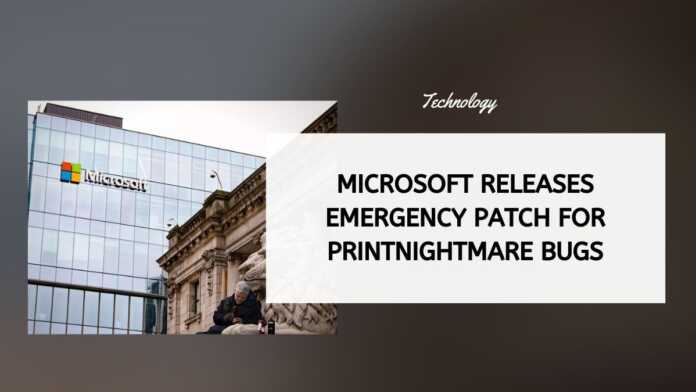 Microsoft has released an emergency patch for the PrintNightmare, a set of two critical remote code execution (RCE) vulnerabilities in the Windows Print Spooler service that hackers can use to take over an infected system.

The bug known as PrintNightmare was revealed last week after security researchers accidentally published a proof-of-concept for the exploit. Now, the company has rolled out an emergency patch to fix this bug that is listed as ‘critical’ on its website.

Microsoft is tracking the PrintNightmare bug as CVE-2021-1675 and CVE-2021-34527 and it has released a security update for all versions of its Windows operating system to patch this vulnerability on July 6.

As far as the PrintNightmare bug is concerned, Microsoft explains that a remote code execution vulnerability exists when the Windows Print Spooler service improperly performs privileged file operations. “An attacker who successfully exploited this vulnerability could run arbitrary code with SYSTEM privileges. An attacker could then install programs; view, change, or delete data; or create new accounts with full user rights,” the company added.

Microsoft also said that all security updates released on and after July 6, 2021, contain protection against the PrintNightmare bug. The company is now advising users to update their PCs immediately.