Microsoft is working on a software solution called Project Latte that will enable developers to bring their Android apps to Windows 10. 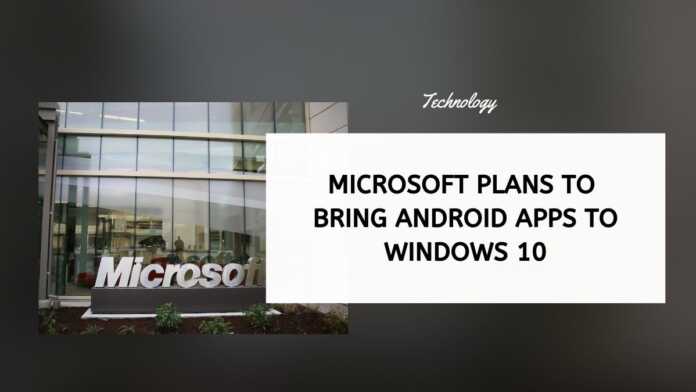 Unlike Android users, Apple users enjoy seamless app integration. They can seamlessly use their iPhone apps on their Apple personal computers and laptops.

Microsoft has Your Phone app. However, that is available on select Samsung Galaxy smartphones. This is about to change, thanks to Project Latte.

Microsoft is working on a software solution called Project Latte that will enable developers to bring their Android apps to Windows 10 with no or little modification.

The project, as per a report by Windows Central, Microsoft’s Project Latte is based on Windows Subsystem for Linux (WSL). WSL will also be getting support for GUI Linux apps, and GPU apps soon, which should improve the performance of Android apps running on Windows 10 using WSL.

While this may solve a lot of problems for developers but not all. The publication says that Google doesn’t allow Play Services to be installed on anything other than Android smartphones and devices running on Chrome OS.

This means that developers will java to remove this dependency on Play Services API in order to make their Play Store apps work on Windows 10.

That said, this is not the first time that Microsoft has tried to bring Android apps to Windows 10. The company was working on a project called Astoria that aimed to achieve the same. However, it never saw the light of day. Now, it is hoping to change the fate of Project Astoria with Project Latte.

The report says that Microsoft is expected to showcase this project as soon as next year. However, we won’t bet big on it given what happened with Project Astoria. For now, all we can do is keep our fingers crossed.