In the blog post, it has stated that almost 80% of the cyber-attacks are targeted towards the password. 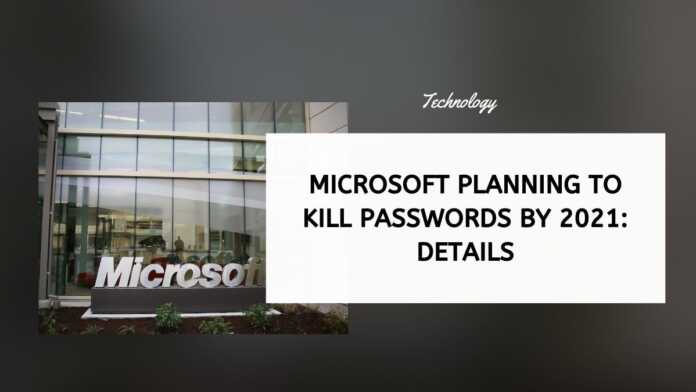 Seems like Microsoft is about to completely change how we unlock our laptops and gadgets. In the latest blog post, the company has spoken about its efforts in moving towards a passwordless future and its intentions to reach that stage in 2021.

In the blog post, the company has stated that almost 80% of the cyber-attacks are targeted towards the password with every 250 corporate accounts being hacked every day. And this has pushed the company to bring a password-free solution.

“In November 2019 at Microsoft Ignite, we shared that more than 100 million people were already using Microsoft’s passwordless sign-in each month. In May of 2020, just in time for World Password Day, that number had already grown to more than 150 million people, and the use of biometrics to access work accounts is now almost double what it was then. We’ve drawn strength from our customers’ determination this year and are set to make passwordless access a reality for all our customers in 2021,” said the company blog post.

The firm adds that, along with new UX and API’s for managing FIDO2 security keys, enabling customers to develop custom solutions and tools, it has also planned to release a converged registration portal in 2021. This will help users manage their passwordless credentials via the ‘My Apps’ portal.

As per the firm, passwordless usage in Azure Active Directory has gone up by over 50% for Windows Hello for Business, passwordless phone sign in with Microsoft authenticator and FIDO2 security keys.

It has been mentioned that there are over 150 million total passwordless users across Azure Active Directory and Microsoft consumer accounts. The number of consumers using Windows Hello to sign in to Windows 10 devices, instead of a password, grew to 84.7% from 69.4% last year.

Microsoft is not new to working on a passwordless future. The company has been trying to bring more light to this transition for years. Back in February this year, the company announced a preview of Azure Active Directory support for FIDO2 security keys in hybrid environments.

It is worth adding that besides Microsoft, Apple is also working on this feature. The iPhone maker has stressed a lot on its Touch ID, Apple ID log-in system, and Face ID in laptops, mac, and iPhones.