OneDrive users can get this feature by downloading version 6.29.1. 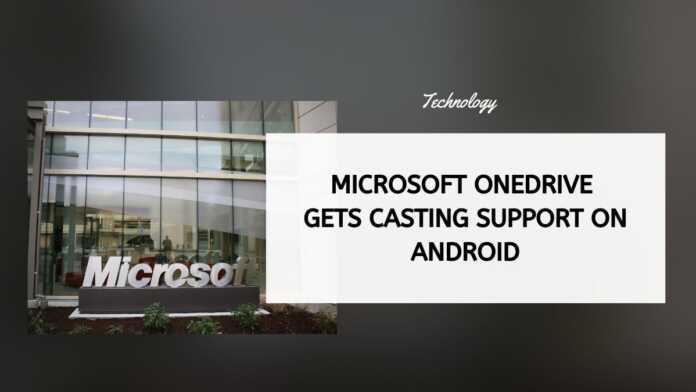 Microsoft has released a major update to its OneDrive app on Android. The latest update brings support for casting to the company’s cloud-based storage service.

The company has released version 6.29.1 on the Google Play Store. This version enables OneDrive’s Android users to display their media files on a Chromecast-compatible device.

“You can now display your media files on a Chromecast receiver or TV from a compatible device,” the company wrote in the changelog of the app.

Once users select their preferred device, they will be able to see their content on large screens. Android Police reports that while the new option can cast most files, it can’t cast the files that it can’t playback on its own.

So, if a user is trying to cast content that OneDrive for Android can’t play on its platform natively, it may take them into another app after downloading those files to local storage.