Microsoft May Roll Out Windows 10X By Next Year

It will reportedly exclude the support for Win32 apps in containers. Instead, it could run Universal Windows Platform (UWP) and web apps only. 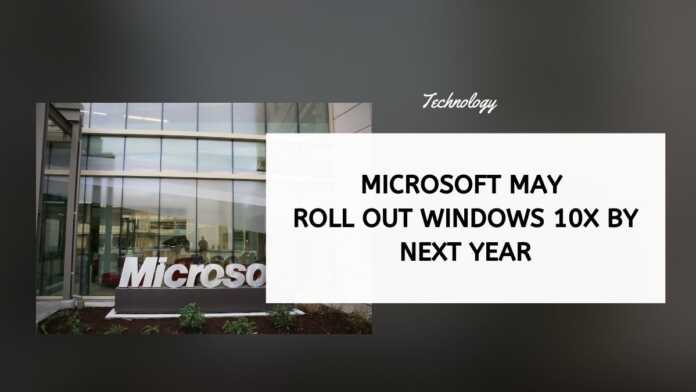 Microsoft recently confirmed that it will bring Windows 10X on single-screen devices first. However, a report from ZDNet states that the firm could launch the operating system by Spring 2021.

Also mentioned is that the Windows 10X version on single-screen devices might be for businesses (especially first-line workers) and education at the first.

Furthermore, a year later in 2022, the Redmond-based tech firm could roll out 10X for more single-screen and dual-screen devices, adds the report.

Reconfirming a previous report from Windows Central, the news website states that Windows 10X won’t include support for Win32 apps in containers.

Instead, it could run the Universal Windows Platform (UWP) and web apps only. That said, the firm might not have given up on Win32 apps in containers on 10X.

As for the regular Windows 10 version, Microsoft is said to roll out just one update per year starting next year so more engineers can focus on Windows 10X and Windows 10.

For those unaware, Windows 10X won’t be a completely new operating system and will be a variant of the Windows 10 OS. The version will be more modular with a simple interface.

This was originally decided to come shipped in dual-screen devices but the plan later changed. In May, Microsoft’s Windows Experience (and Surface) chief Panos Panay confirmed the news.

“With Windows 10X, we designed for flexibility, and that flexibility has enabled us to pivot our focus toward single-screen Windows 10X devices that leverage the power of the cloud to help our customers work, learn and play in new ways. These single-screen devices will be the first expression of Windows 10X that we deliver to our customers, and we will continue to look for the right moment, in conjunction with our OEM partners, to bring dual-screen devices to market,” said Panay at the time of announcement.