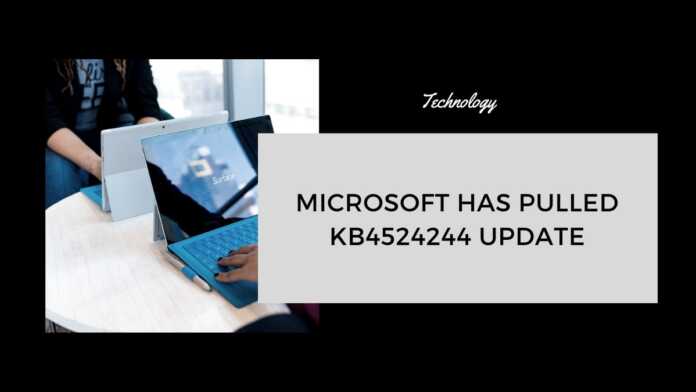 Microsoft has withdrawn a security update from its servers after it started to cause multiple issues to Windows 10 users.

Shortly after the update, several Windows 10 users reported facing issues with the restart after installing the update on their machines. Some also faced issues such as system freeze and installation problems among others.

“Using the “Reset this PC” feature, also called “Push Button Reset” or PBR, might fail. You might restart into recovery with “Choose an option” at the top of the screen with various options or you might restart to desktop and receive the error “There was a problem resetting your PC”,” confirmed Microsoft as one of the known issues.

The company also confirmed issues with installation following the update.

“This standalone security update has been removed due to an issue affecting a sub-set of devices. It will not be re-offered from Windows Update, Windows Server Update Services (WSUS) or Microsoft Update Catalog.

Note Removal of this standalone security update does not affect successful installation or any changes within any other February 11, 2020 security updates, including Latest Cumulative Update (LCU), Monthly Rollup or Security Only update,” said Microsoft in a post.

Windows 10 users are now getting used to having one or more features broken after Microsoft’s updates. Earlier this month, Microsoft launched a KB4532695 update to fix issues in the Explorer which were first reported late last year.

The latest update, like several others in the recent past, caused a range of issues to users. Some of the widely reported problems include BSoDs (the blue screen of death), audio problems and more.