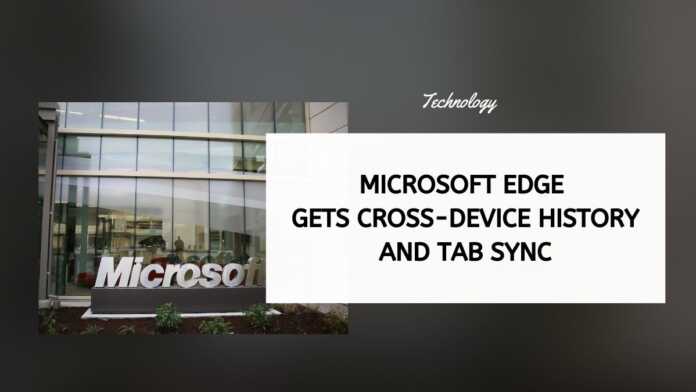 Microsoft rolled the multi-device tab and history synchronization feature on its Edge web browser. The browser has now reached feature parity in terms of what competition has offered for years.

The rollout comes almost one year after Microsoft released its new Edge browser, which was based on the open-source Chromium project. It had initially added sync for favorites, settings, extensions, addresses, and passwords, users could not sync their history or open tabs between devices.

It’s worth noting that if you do use Microsoft Edge’s multi-device sync feature, then all of the features mentioned above will not be protected by end-to-end encryption. Edge’s competitors Chrome, Firefox, and Vivaldi all offer the option to encrypt user data.

The lack of this form of encryption means that while no one can read your data as it travels to Microsoft, anyone at the company will be able to access it while it exists on their servers.

The feature appears to be rolling out slowly with some users seeing the option appear on their computers but not their phones. Users who do have the setting enabled will have to make sure they do so on all their devices they want to sync to. Meanwhile, Microsoft Edge users on the Linux Insider ‘preview’ will have to wait a while before they are able to use this feature.