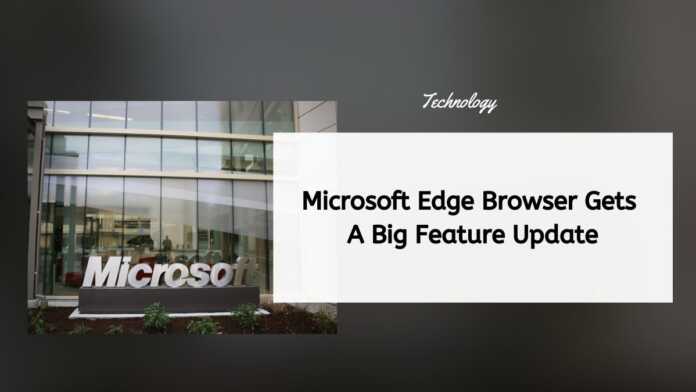 Microsoft has finally announced Windows 11 release date, which is October 5, 2021. With a month to go before the update rolls out, the company has reportedly updated the Microsoft Edge browser. The browser update has changed how users will interact on the Internet.

Microsoft Edge has changed how its scrollbar looks on the browser, making them thinner and more ergonomic, according to a report by Techradar. This means that not only will the browser window itself look cleaner thanks to the redesigned scrollbar, but users will have more space to view their content on a web page without getting distracted by large scrollbars.

In another change that will improve how websites are displayed, Microsoft Edge will also hide scrollbars when they are not in use, which means that they will function like other Windows 11 apps that also feature these redesigned scrollbars, such as the new File Explorer. Users can expect even more Windows apps to receive a fresh coat of paint when the update arrives, including Paint, Calculator, and the Settings apps.

Microsoft’s changes can only be seen by users who have joined the Edge Insider Program, which grants them access to new features before they are released to the public. This means that once you are running the latest version of Microsoft Edge, you should be able to turn on a setting that will show these new scrollbars, which appear to be functioning properly.

Who can try out this new Microsoft Edge feature? On the latest version of Microsoft Edge Canary, users can type edge://flags to open the Flags menu and then type ‘overlay scrollbar’ (without quotes) in the search bar on the page.

Enable the flag, and then restart your browser to try out the new feature. One of the advantages of the Edge Insiders program is that users can try out new features on Edge Canary without affecting their browsing profile on the regular Microsoft Edge.