Microsoft Build will be a digital event due to Covid-19. 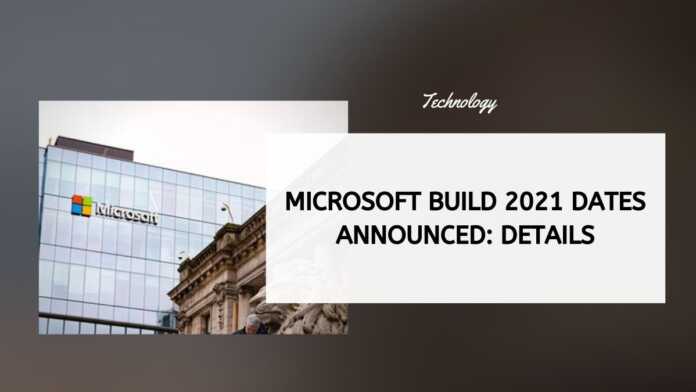 Microsoft has revealed the dates of Microsoft Build 2021. This year the event will be held virtually and it will take place from May 25 until May 27. Microsoft is yet to reveal the schedule of the event. The company had already announced last year that all its events will be digital-only until July 2021.

Microsoft’s events website has been updated with the dates for Build 2021. The page is still not updated though with details about this year’s event. It still has videos of sessions from Build 2020 which was also a digital event.

The small description on the card for Build 2021 reads, “Microsoft Build is where developers, architects, startups, and students learn, connect, and code together, sharing knowledge and expanding their skillset, while exploring new ways of innovating for tomorrow.”

At Build 2020, Microsoft announced new features for the Edge browser. It unveiled an overhaul of the Microsoft Edge Add-ons site, Collections section, and more. Microsoft Teams also got a bunch of new features such as customizable templates, easier ways to create and manage chatbots, and more.

Microsoft also unveiled its Azure-based supercomputer at Build 2020. This supercomputer features over 285,000 CPU cores, 10,000 GPUs and 400 gigabits per second of network connectivity for each GPU server.

Microsoft’s Build events are focused on developers, and a platform for the company to unveil new developments to its products such as Windows, Office, and Edge.