MagSafe Duo Charger Shows Up In A Hands-on Video

The MagSafe Duo charger is priced at $129 and listed as ‘Coming Soon’ on the Apple website. 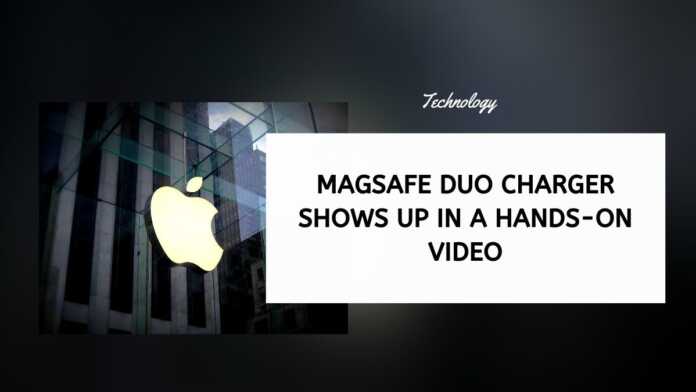 Now, a new video demonstrating the workings of the charger has surfaced online. To give you a quick brief, the MagSafe Duo charger, when available, will enable users to charge two devices, such as the iPhone 12 and the Apple Watch or the AirPods Pro and the Apple Watch, simultaneously.

The MagSafe Duo charger has two charging pads. While one of those charging pads is Qi-compatible, the other is a puck charger. It connects to lightning to USB Type-C cable for charging and it can be folded easily for traveling.

The Qi-certified charger can not only be used for charging the Apple iPhone but also any other device with similar certification. This means that users can charge any supported iPhone model or AirPod model using this charger.

The video shows the MagSafe Duo charger being used for charging Apple Watch alongside the iPhone 12.

While the iPhone 12 is placed flat on the ground, the Apple Watch can be charged in two ways, one by placing it flat on the charger and the other by pushing the puck upward to charge it in nightstand mode.