The company has announced exiting the smartphone business in April this year. 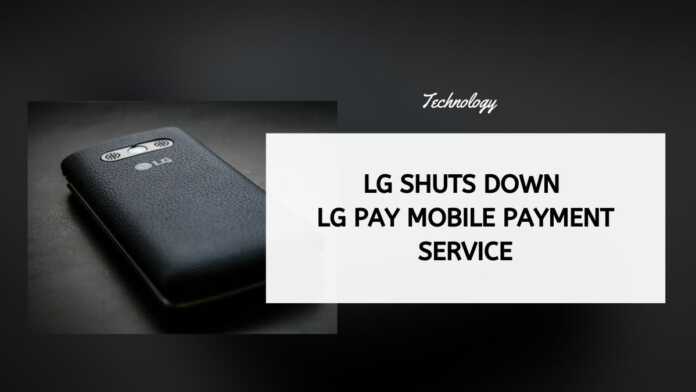 LG has shut down its payment service, LG Pay. The shutdown comes weeks after the company announced the closure of its smartphone business.

“Thank you for being a valued customer of LG Pay! We regret to inform you that LG Pay will be phasing out and discontinued over the remainder of 2021. More specific details will follow,” the company said on its website.

LG is likely to announce more details about the service closure in the coming days. Going forward LG Pay users may switch to other payment services on their LG devices.

According to GSMArena, the magnetic stripe feature that LG smartphones supported for LG Pay will no longer work on Google Pay either.

LG had launched the payment service in 2017. The service followed the launch of payment services from Google and Samsung. The company, however, did not roll out the service to all at once. Almost one and half years of its announcement, it was made available in the US with support for magnetic stripe terminals.

The shutdown announcement isn’t surprising as LG is no longer making smartphones. In April this year, LG had said it would exit the smartphone business following multiple quarters of financial decisions for the unit.

Earlier this week, LG reportedly stopped manufacturing phones. The company was continuing to manufacture and sell phones to fulfill the contracts and clear the inventory. The company has decided to convert a factory in Vietnam, where many of its phones are manufactured, into a household appliance manufacturing unit.

For LG’s existing users, the company will continue to provide after-sales support and software updates. All premium LG smartphones currently in use would receive up to three iterations of Android updates from the year of the purchase.