LG May Shut Down Its Mobile Phone Business: Report

As per reports, things do not look good for LG’s loss-making smartphone business. 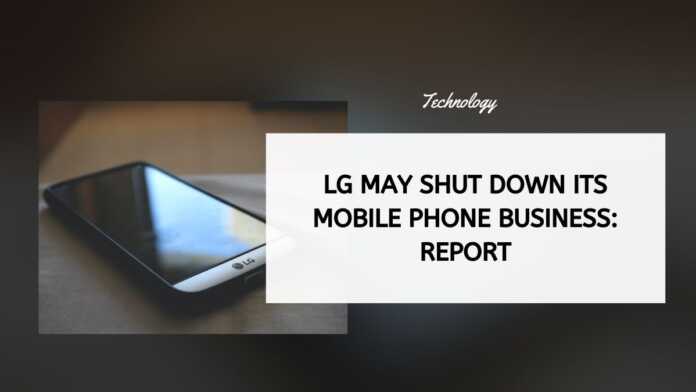 LG Electronics Inc. may shut down its mobile communication business, according to DongA Ilbo.

The company did make efforts to sell the unit, but negotiations with Germany’s Volkswagen and Vietnam’s Vingroup JSC did not succeed, added the report.

The report comes after LG Electronics CEO that the company was considering all options to cover the loss-making business.

“Since the competition in the global market for mobile devices is getting fiercer, it is about time for LG to make a cold judgment and the best choice…The company is considering all possible measures, including sale, withdrawal and downsizing of the smartphone business,” the LG CEO told the employees in an internal memo.

At the Consumer Electronics Show this year, LG showcased a rollable smartphone. Amid rumors of shut down, LG had denied it had put the rollable phone on hold.

The latest report, however, says LG has paused the development of rollable phones and a planned first-half rollout of new handsets. The company is expected to formally announce its decision to employees as early as April.

That said, LG was one of the top smartphone companies in the world at one point. The company, however, rapidly lost its market share to the likes of Apple and Samsung. According to a report, LG suffered has suffered a loss of nearly $4.5 billion over five years.

LG’s imminent exit is unlikely to impact the staff much. The company CEO earlier this year assured them that the changes would not mean job losses. “Regardless of any change in the direction of the smartphone business operation, the employment will be maintained, so there is no need to worry,” he added.