LG Display will be supplying 20 million OLED displays for the low-end 6.1-inch iPhone 12. 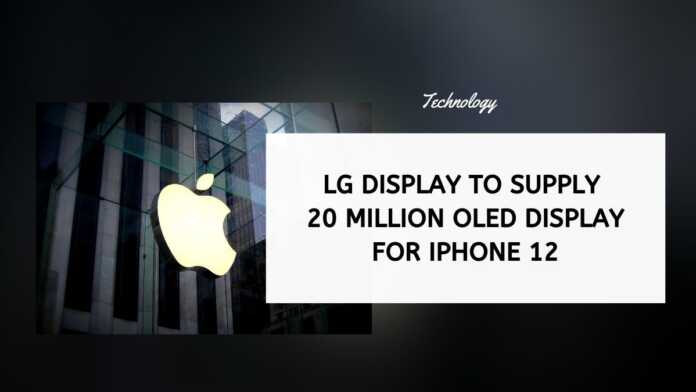 Now, a new report divulges more details about the phones’ display. According to a report by Nikkei Asian Review, LG Display will be supplying 20 million OLED displays for the 6.1-inch iPhone 12.

To give you a quick brief, Apple will be launching four iPhone 12 models with screen sizes 5.4-inch, 6.1-inch, 6.1-inch and 6.7-inch. All of these iPhone models will sport OLED displays marking the end of the era with crystal LCD displays.

Nikkei’s report says that LD Display will be supplying OLED displays for the low-end 6.1-inch iPhone 12. This quantity is nearly five times the volume compared to last year.

Samsung, on the other hand, will be supplying the majority of the OLED displays to Apple for its iPhone 12 series smartphones. The Korean giant, as per a report by Mac Rumours will supply 30-35 million display units for the 5.4-inch iPhone 12 model, 15-20 million units each for the high-end 6.1-inch model and the 6.7-inch model.

The report also says that Apple is aiming to diversify its suppliers and reduce its dependence on Samsung. LG Display, as per the report, appeared as a viable alternative.

The company even used its OLED displays in some iPhone models last year. However, the company failed to improve the production yield rate of its panels and meet the delivery targets the previous summer, which enraged the company.

The report also says that despite the support there is no guarantee that Apple will continue to favor LG. BOE has also improved its technology by recruiting some former Samsung engineers. Apple has started assessing the production quality in BOE’s two plants. But the company is expected to use BOE’s displays in 2021.