Twitter CEO Jack Dorsey has distributed $85 million worth of Square stock to more than 50 nonprofits since April. 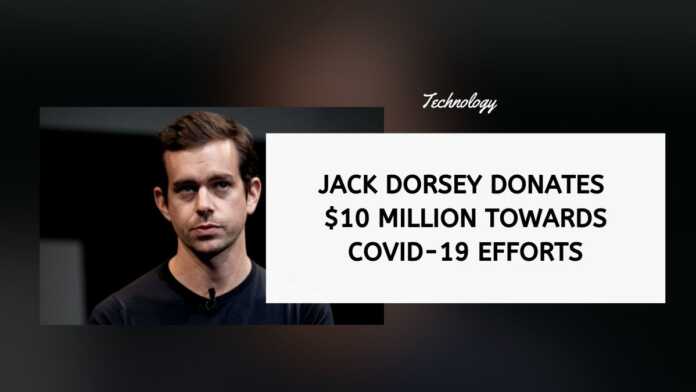 Twitter and Square CEO Jack Dorsey has donated $10 million to Project 100 which will give $1,000 in cash to 10,000 families who have been affected by the Covid-19 pandemic.

Project 100 is a joint effort between nonprofits GiveDirectly, Propel and Stand for Children, and has raised nearly $84 million since April. It aims to raise $100 million in order to provide cash gifts to 100,000 American families.

Dorsey also donated $10 million this month to help prisons in the US fight the ongoing COVID-19 pandemic.

The donation was given to the criminal justice advocacy group REFORM Alliance that would buy 10 million face masks and personal protective equipment (PPEs) for prisoners and other employees.

“$10mm to @REFORM Alliance to get PPE to every prison and jail in America, all towards their mission of reforming the criminal justice system,” Dorsey tweeted.

The funds come from Dorsey’s #startsmall initiative, which has $1 billion in total, given by Dorsey in April using equity from his mobile payment company Square.

So far, Dorsey who has a net worth at $4.8 billion, has distributed $85 million worth of Square stock to more than 50 nonprofits since April.