As we close in on the launch of iOS 15, the final release candidate of the upcoming software has been released to the public. 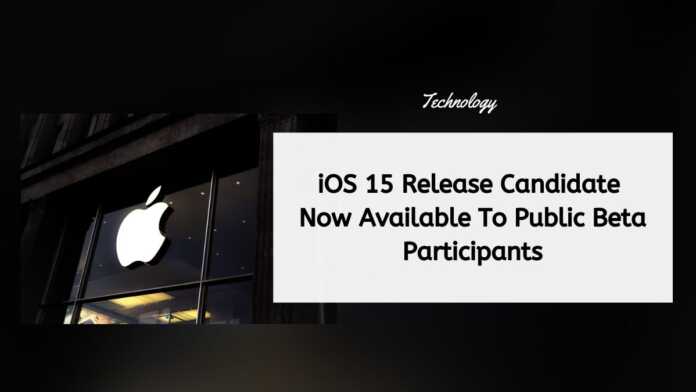 The final release candidate for iOS 15, the version that’s going to be rolled out to the public soon, is available for download right now. Apple’s iOS 15 is releasing for the public on September 20, but Apple’s Beta Program members can download them now.

However, do keep in that this iOS 15 release candidate is a big download and can clock in at almost three to four hours of download time, so make sure you have your phone plugged in.

Apple has not introduced anything new at this point in the iOS 15 release candidate from whatever we’ve seen in the iOS 15 Public Beta 8. Missing features like SharePlay, etc, will be there on future versions of iOS 15.

iOS 15’s official developer release notes show a lot of bugs that seem to have persisted and are now on the final build. For example – using Matter devices on the Home app seems to be a problem. This is also the same bugs list that was seen for the iOS 15 Public Beta 8 – so it looks like iOs 15.1 will have a lot of fixes to roll out.

Here are the issues on the iOS 15 release candidate for now:

How to get the iOS 15 Public Beta release candidate

For this, you need to be a part of the Apple Beta program. Once you have enrolled in your device, you will be able to see the new profile in the Settings app. With iOS 12 Apple introduced the ability to install a stable public beta or the current beta build as long as they are from the same base. So, in order to get the iOS 15 beta, you will need to delete the iOS 14 beta profile from your phone.