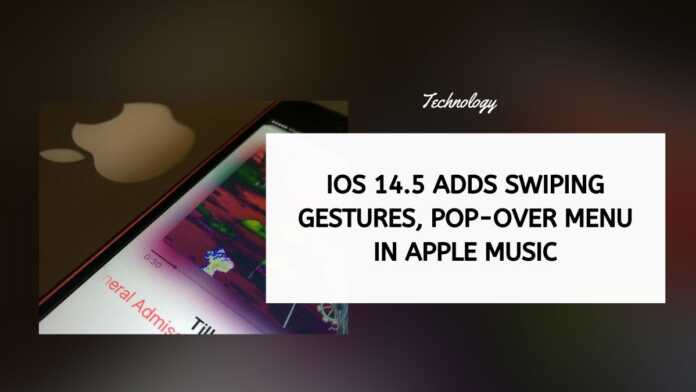 iOS 14.5 comes with new swipe gestures for Apple Music to add songs in your queue. Swiping partially on a song will add it to the queue, and a full swipe will play the song next.

This is similar to what Spotify already has where swiping right adds the song to the queue. It’s a handy shortcut that won’t require having to launch the menu all the time to add songs to play next or add to the queue.

iOS 14.5 also brings over 200 new emoji which includes a replacement for the headphones emoji with an AirPods Max one. This update is also said to fix the green tint issue some iPhone users are facing, according to users on Reddit. Apple plans to release iOS 14.5 so we should be seeing these new features soon.