Apart from fixing issues affecting the Ring of Elysium, Intel has also fixed the bug that affected Shadow of the Tomb Raider (DX12) on the 7th Generation Intel Core processors and higher. 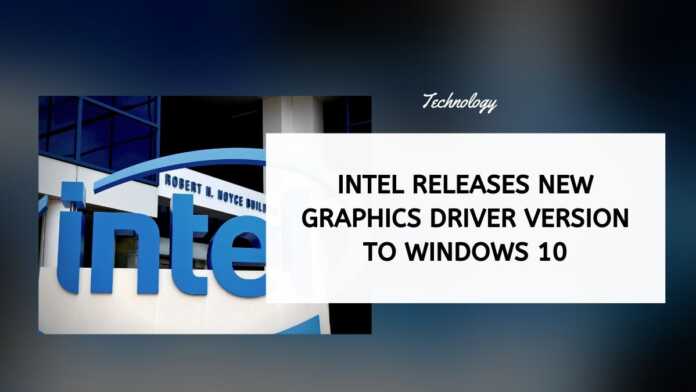 Intel has released a new version of graphics driver onto Windows 10 powered PCs. The update version 27.20.100.8336 brings a host of new bug fixes and updates to the driver that fixes a number of existing issues that users faced while playing various games.

According to a report by Neowin, the update fixes issues in the free-to-play multiplayer version of the multiplayer online battle royale shooter Ring of Elysium (DX12 Beta).

Prior to the update, a bug led to the game hanging and crashing while playing. The company has also done some additional optimization work to improve the experience of Intel Iris Plus graphics.

Apart from fixing issues affecting the Ring of Elysium, the company has also fixed the bug that affected Shadow of the Tomb Raider (DX12) on the 7th Generation Intel Core processors and higher.

Additionally, the company has fixed minor graphic anomalies that some users witnessed on using the ‘Alt + Tab’ command in Doom Eternal (Vulkan).

The company has also fixed the issue wherein the PSR2 display with the internal embedded panel when plugged in may shift after resuming from lid close do nothing on 10th generation Intel Core processors with UHD Graphics.

Notably, while the latest update has fixed a lot of bugs, there are issues that remain unresolved.

The list as per Intel includes green stripes or artifacts may be seen while previewing composition in Adobe After Effects, a crash may be seen while launching Sony Catalyst Production Suite on 10th Generation Intel Core processors and minor graphics anomalies may be observed in Tom Clancy’s Rainbow Six Siege (Vulkan), Battlefield V (DX12), Rage 2 (Vulkan), Star Wars Battlefront 2 (DX12), Rise of the Tomb Raider (DX12).