Instagram will now let you upload multiple photos on one Story

Old days of posting single photos from the gallery are gone, now you can upload multiple photos on one Story with Layout. 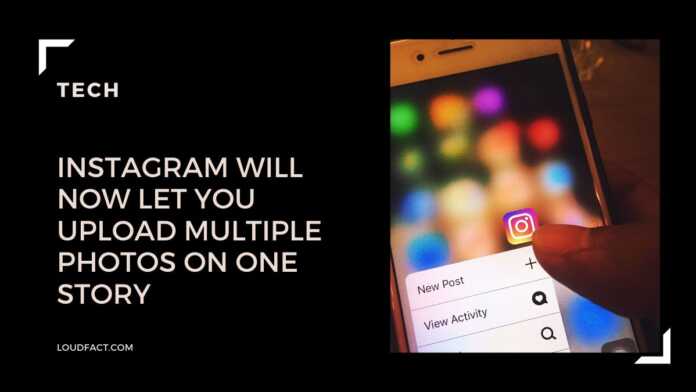 Instagram has added a new feature to its Stories which will let you post multiple photos on one screen. Called ‘Layout’, this feature lets you incorporate up to six photos in one post and is launching globally today. You will already be able to spot it on your app.

It is a simple feature, so to speak, but it will mean quite a bit for Instagram and its users since right now people are resorting to third-party story-editing apps to get a feature similar to this one.

On Instagram, the only way to post multiple photos in one Story post was to copy a photo from the gallery and paste it in the text box. Or you might have been making a single picture with multiple ones, like a grid, saving it and then posting it as a story.

Strike a pose. And another pose. And then another. ????

With Layout, you can now capture and share multiple photos in your story — a new, creative way to express yourself. Check it out! pic.twitter.com/j02aYOjsoO

Now that Instagram has incorporated this Layout tool into the app, users will no longer use apps from other companies for this solution. This is much like Instagram’s Boomerang feature that made gif-creating apps useless.

Instagram has been working on new features for Stories especially with its new ‘Create’ mode. The Create mode allows people to make content that is just not photos. Then there are the type mode templates with conversation prompts, throwback posts, etc.

The ‘Create’ mode on Instagram was launched in October this year, while it does seem like it is offering too much already, clearly, Instagram has no problems in adding some more perks to it.