Instagram To Soon Let Users Create Posts From Their PCs

There is no word on when Instagram will roll out this feature. 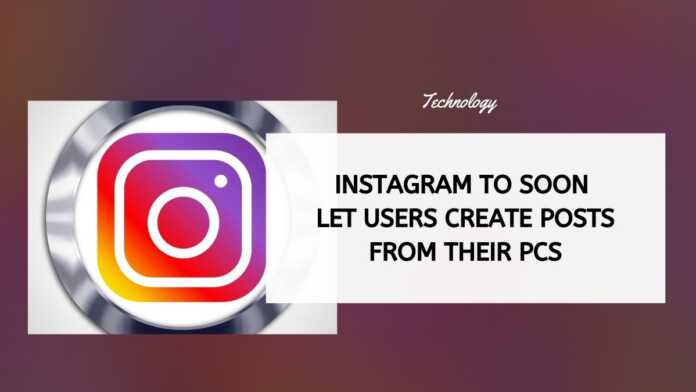 Instagram, as of now, does not allow users to create and share posts via desktop browsers. However, this is about to change as word is that the company is working on a feature that will allow users to do so with ease.

According to a report by tipster Alessandro Paluzzi, the Facebook-owned image-sharing app is working on a feature that will allow its users to share images and video via its desktop.

Apart from sharing the development, the tipster also shared a bunch of screenshots giving us insights as to how this feature would work. If you want to know, the feature would work in a similar way to the company’s mobile app.

Users will be able to upload images and videos directly from their computers, select size and orientation (square, portrait, or landscape), add filters, description, location, and other details in a way that is similar to the mobile app.

That said, the feature is still under development. This means that when this feature finally makes its way to the users, it could be refined further. There is no word on when the company will roll out this feature to its users.