Instagram is introducing a new feature that would allow users to upload their Live Videos on IGTV. 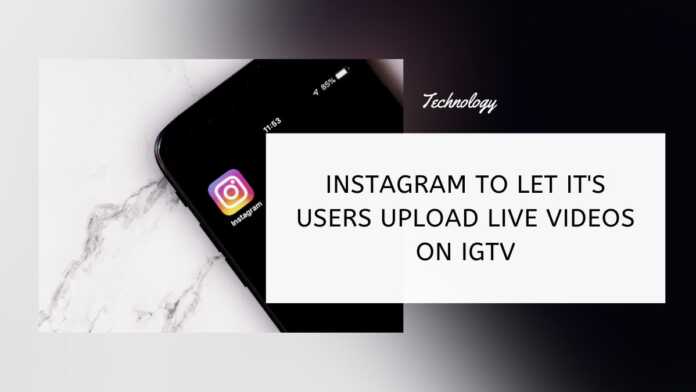 Instagram is betting big on Instagram TV or IGTV as it is popularly called. Recently, the company redesigned its IGTV app to enable users to discover diverse content on its video-sharing platform.

Now, the company is building on that update and adding more features to the bunch. For starters, it is introducing a new feature that would allow users to upload their Live Videos on IGTV.

Live Video, just like Stories, disappears in 24 hours. According to a report by The Verge, Instagram users will have the option to upload their Live Videos on the platform as IGTV video.

The app, as per reports, is testing a button that would allow creators to upload their Live Videos on IGTV app using a simple button. This feature, when implemented, would not only allow other users to watch the video long after it was first streamed but it would also allow users to readily access their videos without going through hoops to save them. It would also help the company to nourish its IGTV app content.

Now, the company has rolled out a feature to its users that gives them greater flexibility in using the app.

Notably, the update comes shortly after the company rolled out a feature that enabled users to send direct messages to their friends using the web version of the platform.