The firm says that it has already started testing these fonts with a small percentage of people but did not give a time frame as to when these will be rolled out to all the users. 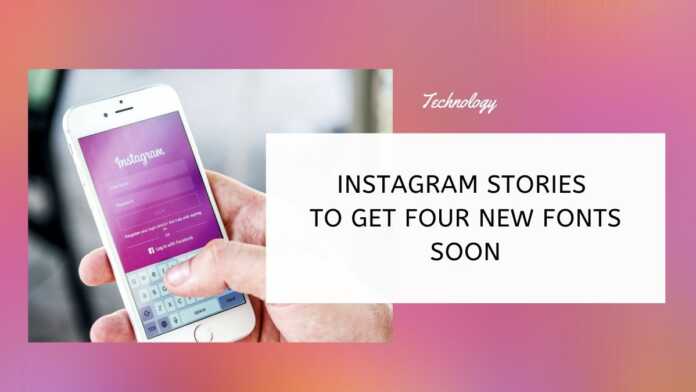 Instagram is about to bring yet another change to Stories and this time it’s not a new sticker. The company has announced that it will introduce new fonts to let you customize your stories even more.

The firm says that it has already started testing these fonts with a small percentage of people but did not give a time frame as to when these will be rolled out to all the users.

For now, you get five fonts – Typewriter, Strong, Classic, Modern and Neon to write inside an Instagram Story. However, the firm is about to add four more fonts to the existing fonts.

The official names of those fonts have not been mentioned but Instagram has shown them in a gif posted on Twitter.

*We’re testing this with a small percentage of people. Stay tuned for updates. ✨ pic.twitter.com/1RfBbtUIYv

Recently, Instagram has made several changes to its app. It has introduced the ‘How can I help’ and ‘Challenges’ sticker while bringing the ability for desktop users to send Direct Messages to others.

It is also testing the ‘Remembering’ banner for memorialized accounts. As for Instagram Live, the firm has added a donate button as well.

Instagram’s parent firm Facebook recently confirmed that it has reached the 3 billion monthly user milestone. “For the first time ever, there are now more than 3 billion people actively using Facebook, Instagram, WhatsApp or Messenger each month.