Instagram Reels Can Now Be A Full 60 Sec In Length

Instagram has increased Reels time from 15 seconds to 30 seconds, and now to a minute. 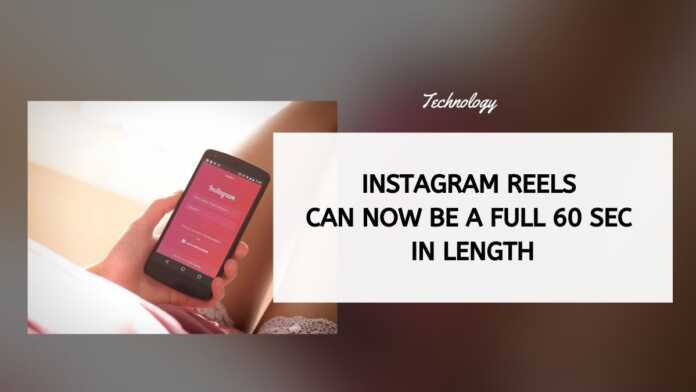 Instagram Reels can now be one minute long, instead of just 30 seconds long, which is great news for content creators. Instagram has been gradually increasing the time limit on Reels. This feature initially made its debut with a 15-second time cap.

Then just a month after its debut, the time limit was increased to 30 seconds. Now, a year since Reels first was introduced on Instagram, the time limit has been raised to a whole minute.

TikTok also had a 60-second cap on its videos and the platform really took off with that. Given exactly HOW successful TikTok is, it’s only logical for Instagram to expand its own short video time limit to give creators more space to create content.

However, TikTok recently expanded its time limit to three minutes for all creators and this means that we can well expect Instagram to follow that same path too, and it is only a matter of time.

Instagram is yet to share numbers regarding how well Reels has performed for them, but CEO Adam Mosseri admitted in January this year that TikTok was ahead of them.

Earlier this year, Mosseri made it pretty clear that Instagram was no longer just a photo-sharing app and the plan was to move more towards video and online retail. Given that is the plan, Instagram is taking some significant steps in that direction.