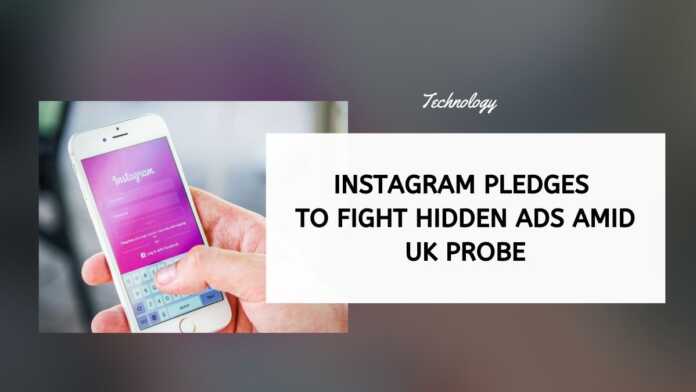 Instagram will transform the way users post advertisements as part of a wider probe by the U.K. competition watchdog to combat misleading online ads.

Facebook has committed to this “important behavior shift” following an investigation by the Competition and Markets Authority, the regulator said in a statement. The changes will make it “much harder” for users to post ads without labeling them as such.

Instagram promised to prompt users “to confirm if they have been incentivized in any way to promote a product or service and if so, require them to disclose this fact clearly,” the CMA said.

The company has previously faced criticism by the U.S. Federal Trade Commission over a lack of transparency in posts by users and whether they’re being paid by a company to push a product.

The move also comes as Facebook has been scrambling in recent years to contain blowback from findings that Russians and others used the platform to meddle in elections in the U.S., Europe and elsewhere.

The CMA opened its investigation in 2018, seeking to have adverts clearly labeled to avoid people being misled. Failing to label posts properly may lead followers to believe that an endorsement is a star’s own view and to trust a product recommended by someone they admire, the CMA has said previously.

Instagram will have to regularly update the CMA on its progress. The regulator said it will continue to investigate the practices of other social media platforms and push for changes where needed.

The changes will affect users in the U.K. and anyone directing posts toward Instagram users in the country. The regulator said it will continue to investigate the practices of other social media platforms and push for changes where needed.