Instagram Lite users will now be able to view Reels within the app. 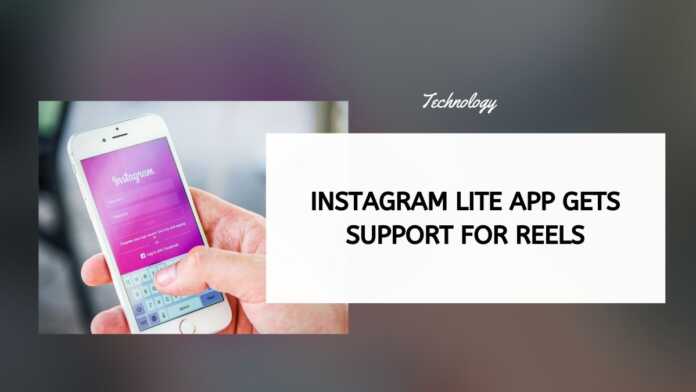 Instagram has announced a new update for its Lite app. Instagram Lite users can now view Reels within the app. Surprisingly, this feature has been rolled out in India first, making it the first country where it’s available.

A new Reels tab has been added to the Instagram Lite app where users can watch Reels from. Instagram in a press release said that the reason behind launching this first in India is “because of the traction Reels is seeing in India, and the early adoption of the new Instagram Lite app.”

The app is less than 2MB in size, and it’s optimized for phones with low-end specifications. There’s only the Android version of the app available now.

Instagram Lite first launched in 2018 in Mexico, and it later expanded to more markets including Kenya, Peru, and the Philippines. But the app was removed from the Play Store last year in May.

The new version of Instagram Lite comes with improved speed, performance, and responsiveness. It offers a similar experience to the main app but it still lacks some features like Shopping and IGTV.

This isn’t the first time Instagram is debuting a new feature or product in India. The Facebook-owned company officially launched Reels in India first after testing it in select markets. It also launched Instagram Live Rooms which adds support for two more people for live sessions.