A user can tap, click to move on to the next story, however, you will have a view of what you have seen and yet to see once the feature is rolled out. 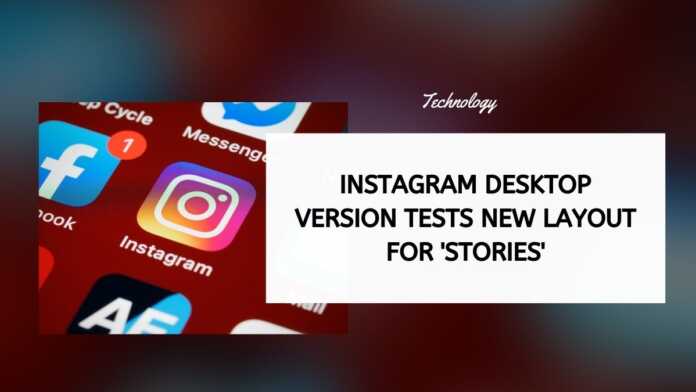 However, the navigation process appears to be unchanged coming from the mobile app. A user can tap, click to move on to the next story but you will have a view of what you have seen and yet to see once the feature is rolled out.

As per an Engadget report, the new feature once rolled out will let users click through the stories and keep an eye on the queue. In the current layout, one tile takes upon the entire space and to view the next Stories, users are required to either wait till it shifts to the next automatically or click to view the next slide.

A spokesperson from Instagram told Engadget that the feature is being tested and it has begun appearing to a “small group” of Instagram users.

He did not reveal when the feature will be rolled out to the wider audience. The feature once rolled out will be more visibly appealing to the desktop users. The Stories layout on the web now seems a bit out of place. The format however seems fine for desktop users.

As per Mashable, Instagram has slowly improved the functionality of its web-based desktop version, but Stories has always been criticized for its large screen presentation.

So, might not be the biggest change made by the developers of the platform but at least the company is now thinking in a direction to improve the Stories section as well.