With IGTV videos coming to the new Instagram Video tab, users will be able to see 60-minute videos on the regular Instagram app. 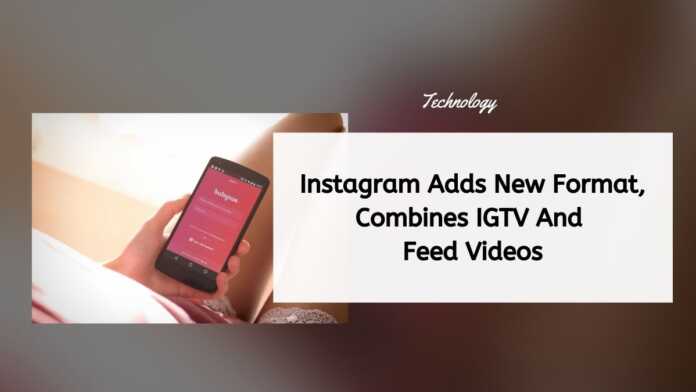 Instagram is now rebranding its IGTV service which was previously spun off into a separate app for longer videos. The company has now merged IGTV videos in the regular Instagram service and added them to the main app along with other videos into an Instagram Video tab to host all videos posted by users on the platform.

The Facebook-owned company announced the changes coming to the Instagram service on Tuesday, explaining that users will now be able to see videos that are up to 60 minutes in length on the main Instagram app, as part of the new Instagram Video tab.

Meanwhile, Reels, which are designed to compete with TikTok, will not be included in this tab, and Stories that compete with Snapchat will also remain above the main feed.

While the change to bring videos to the main app in a separate videos tab is a big move that could result in more users engaging with longer videos on the app, it is also probably because the IGTV service has not really taken off since it was launched in 2018 to compete with YouTube.

With increased competition from services like TikTok which recently announced it had one billion active users, Instagram is likely working on retaining users by offering them more content in the same app.

According to reported Alexandru Voica, Facebook’s technology communications manager for Europe, the Middle East and Africa, this new combined format, called Instagram Video, will have its own tab in the users profile to make it easier to “discover new video content”.

We’re also introducing a new Video tab on your profile, where this combined video format will live, to make it easier for people to discover new video content. pic.twitter.com/yVZYrgPX3d

Thankfully, users do not have to worry about their experience changing when it comes to watching videos. While the location of IGTV videos has changed, users can still tap the full-screen button to watch it in landscape mode and users will also be able to see how their videos are performing with post insights.