How To Use A Toaster Oven As An Oven? 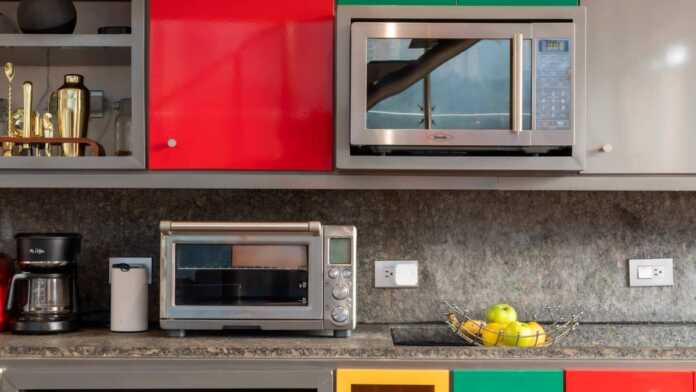 How To Use A Toaster Oven As An Oven: A toaster oven is a small oven that is used to toast bread, bagels, waffles, and other small items. Toaster ovens are different from regular ovens in that they have a smaller cooking area. After all, this small but mighty appliance goes far beyond making toast.

It can roast vegetables, bake cookies, broil burgers, reheat leftovers, and more. They also have a toasting function, which is used to heat bread and other items until they are crispy.

A toaster oven is a smaller and cheaper countertop appliance that heats similarly to a traditional oven. It has a heating element on the top and one or more racks on the inside.

Toaster ovens come in a variety of sizes and shapes. Some have rotisserie racks that can be used to cook whole chickens, while others have convection fans that circulate hot air around the food for faster cooking.

How Do You Use a Toaster Oven as an Oven?

Toaster ovens use less energy than normal ovens while cooking food. There are different kinds of toaster oven models with a variety of cooking functions, including broiling and defrosting.

Many people use toaster ovens as miniature ovens as they have a lower cooking temperature than a full-sized oven. This makes them ideal for cooking smaller items, like pizzas or cookies.

To use a toaster oven as an oven, first preheat it to the desired temperature. Then, place the food in the toaster oven and cook it according to the recipe instructions.

What Are the Benefits of Using a Toaster Oven as an Oven?

A toaster oven is a small appliance that is used to toast bread and bake small items. One of the big advantages is that it preheats very quickly not as instantaneously as your microwave, but much faster than a full-size oven.

Further, due to its small size, it fits on a countertop easily. The benefits of using a toaster oven as an oven are that it is more energy-efficient, cooks food evenly, and does not take up a lot of space. A toaster oven is also less expensive than a full-size oven.

Toaster ovens are a good option for reheating leftovers, toasting bagels, and heating sandwiches. It also can give you crisp results where the microwave might turn things soggy, such as pizza, fries, or even thin breaded chicken cutlets.

Best Way to Use a Toaster Oven as an Oven

By following the tips written in this article, you can use your toaster oven to cook a wide variety of items like a normal oven. If you are looking for a small oven that can handle a variety of cooking tasks effectively then a toaster oven is a great option.