How To Keep Siri From Listening To Your Conversations?

Ever since it was reported that Apple was paying contractors to listen to Siri conversations daily, users have become apprehensive of the AI-based assistant. 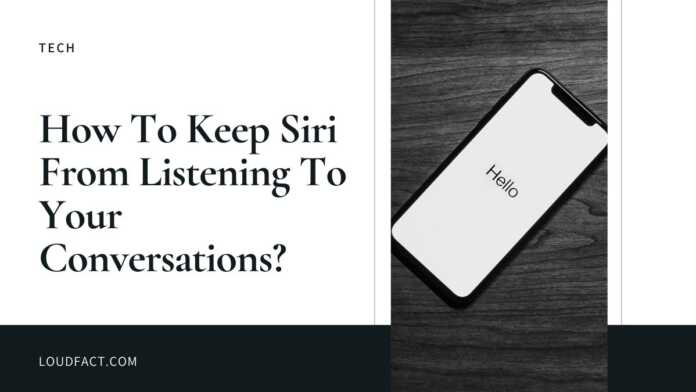 Siri is the virtual assistant that Apple users are dependent on for hands-free command and dictation. It can make calls or send texts while users are driving, or at times when they just can’t respond to calls or reply to messages.

Siri also reads out messages that you receive when you have AirPods plugged in. The voice assistant can also search for songs and suggest users their favorite playlist when in a gym or inside a car

There were security concerns after reports that Siri listens to conversations of its users and shares them with a third party that helps them to show advertisements.

The reports, in August last year, said Apple was allegedly paying contractors to listen to the recorded conversations on Siri. A former Apple contractor had said the Siri recordings are listened to by workers who grade them for a variety of factors.

This will restrict Siri from listening to your conversation.

How to turn off dictation by Siri?

Follow the above steps and you may restrict Siri from listening to your conversation.