How To Install Minecraft Shaders On Your Android Smartphone

Minecraft Shaders enhances various aspects of the game, making the element or elements look closer to the conventional graphics. 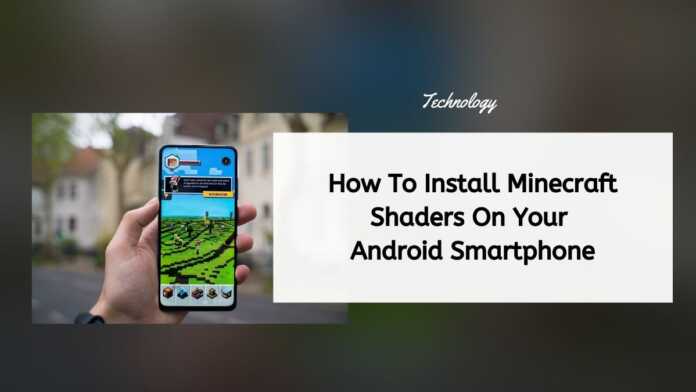 Minecraft is one of the most popular games. One of the factors that distinguish it from other games is its user interface. While most of these games are graphics intensive, Minecraft follows a block format, which may not be as per the likings of many users.

It has an aspect called Minecraft Shaders that enhances various aspects of the game, making the element or elements look closer to the conventional graphics.

For instance, Sonic Ethers’ Unbelievable Shaders makes the rain look softer, shadows a bit sharper, and skies stirring. It changes the look of the game without changing the overall feel. Naelego’s Cel Shaders, on the other hand, gives Minecraft bold colors with distinct black outlines.

BSL Shaders retains some elements of the original game while smoothing out the other aspects, particularly the sun and the sunlight. It makes every aspect of the game look like a beautiful morning. Similarly, Cybox Shader focuses on the shadows and it even takes into account the spaces between leaves on the trees within Minecraft.

If you love this game and you want to transform it a bit, especially when playing the game on your Android smartphone, here’s a step-by-step guide for you to download Minecraft shaders: