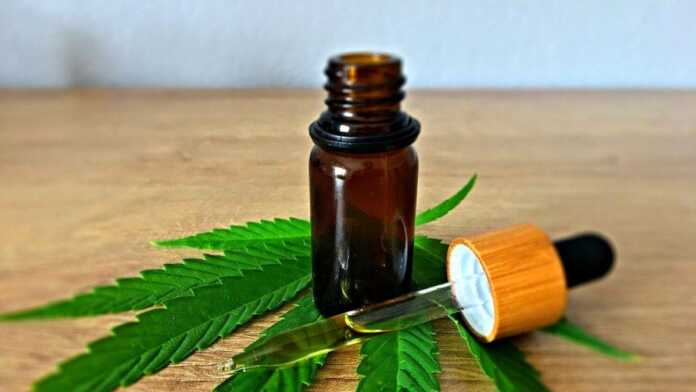 The use of CBD oil for dogs is now very popular. Everyone seems to be having talks and discussions about it. One of the reasons for this popularity is the legalization of cannabis and its approval to be used for both medicinal as well as recreational purposes in many states in the U.S and several other countries.

As a result, it is not rare to see more businesses coming into existence due to the open market available. And there are so many cannabidiol-based products in the market and circulation. But what brought us to this point? That is what this article is all about as we discuss the history of the use of cannabidiol oil for dogs. We will also take a projection into the future of this product.

We must have a clear understanding of the term “cannabis” before we discuss any other thing. This is because there is a lot of misconception going on.

The major reason for these misconceptions is the lack of proper knowledge of certain terms like cannabis, hemp, and marijuana. Many people use these terms interchangeably without knowing what they really mean.

First of all, to clear the air, you need to know that hemp and marijuana are not the same. They are both different types of cannabis plants, while cannabis is a general name used for these types of plants.

The major difference between hemp and marijuana is their content. While hemp contains more cannabidiol (CBD) and less tetrahydrocannabinol THC (not up to 0.3%), marijuana contains more THC and less CBD.

Cannabidiol is not a psychoactive agent, whereas THC is. Hence, hemp does not have the effect of inducing euphoria when taken whereas marijuana does because of its THC content.

As a result, most CBD products are derived from hemp rather than marijuana; although you can get CBD from marijuana. However, marijuana-based products are not given to pets because of their negative effects.

Another reason marijuana is different from hemp is its legal status. Hemp is legal in all 50 states of the U.S, whereas, marijuana is still illegal in most parts of the country.

In terms of general usage, the use of hemp in making remedies, food, clothes, etc. has long been in existence for centuries. The use of CBD extracted from hemp, on the other hand, is still relatively new.

As we mentioned above, the legalization of hemp across the country is responsible for this new market. This plant can now be farmed, manufactured, and sold legally without fear of being on the wrong side of the law.

The discovery of cannabidiol can be traced back to 1940. During the 1960s, there was an increase in research on the effect of these compounds (cannabinoids) extracted from cannabis (both hemp and marijuana). Therefore, a lot of tests were conducted on several animals which included primates and mice.

However, the passing of the Controlled Substances Act in 1970 that criminalized the ownership, production, and any form of cannabis use brought to a seeming halt of such research on animals. The laws were so strict that all cannabis research was brought to a stop.

Although secret researches were still conducted, there is little documentation to show the results of such research. Nevertheless, the legalization of hemp in the U.S on the 20th of December 2018 has brought research in this field into full gear once again.

Although federal legalization of hemp came in 2018, certain states had legalized medical cannabis years before then. California was the first to do so in 1996. Other states began to do the same with Oregon, Washington, and Alaska doing so in 1998. As a result, researchers in these states began to carry out studies that led to the development of cannabidiol for treating certain ailments.

These products were used on humans for several years with positive reports and success stories. This anecdotal evidence led to the popularity of these products.

CBD Use in Dogs

As a result of the success of the effects of CBD on humans, people began to suggest the use of these products on pets. The rationale for this was that these pets especially dogs suffer similar health issues as humans do. Hence, if the cannabidiol products worked for us, they should work for dogs.

Hence, people began to buy these products and administer them to their dogs. Although it was a major risk back then, many people tried it out. The risk was quite great because of the ratios of cannabidiol to tetrahydrocannabinol found in such unregulated products.

As a result of this, it became a problem that needed a solution. Hence, many companies began to produce CBD products especially for pets that were free of THC. This metamorphosed into the current line of CBD products including the CBD oil we have in stores today.

Future of CBD Usage for Dogs

The future looks bright thanks to the free reins scientists now have in pursuing their research. Currently, not many scientific studies abound except the ones published by Cornell University College of Veterinary Medicine and the Colorado State University.

In addition to the above, the fact that you can now easily find a CBD company for pets means that more funding will be going into this area. As more results from such research come to light, we will get a better understanding of how these products can really help a man’s best friend live a more healthy life.

There you have it; just as we promised. Now you know a bit more than just any regular dog owner who just gives his pet CBD oil without an understanding of the history of the product they are administering.