The option is currently available on the website and mobile applications but not on TV apps. 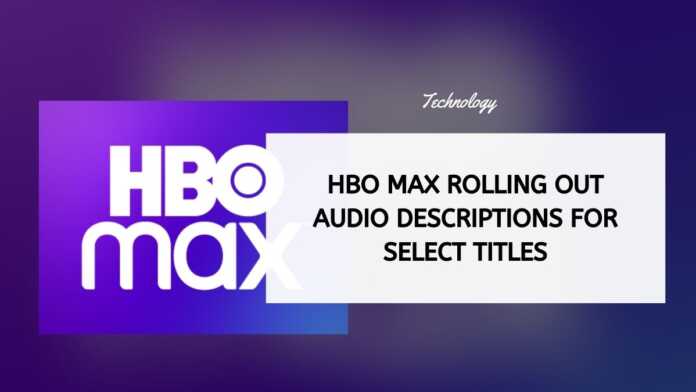 American streaming service HBO Max is now rolling out a dedicated audio description category on the platform. Select titles on the streamer will have audio descriptions, which are separate tracks that describe what’s visually happening on-screen.

As per The Verge, the option is currently available on the website and mobile applications but not on TV apps.

Audio descriptions are useful for people who are blind or visually impaired, as they provide context that is not obvious from only hearing dialogue and music. So far, the described shows and movies include ‘Euphoria’, ‘His Dark Materials’, ‘Generation’, ‘Batman v Superman: Dawn of Justice’, ‘Dunkirk’, and more.

The new category in the streaming platform lists all of the currently described shows and movies in one place, though it doesn’t yet show up on TV apps. There will also be improvements to the screen reader compatibility of the website and apps.

The audio descriptions and other changes will “allow our community to share equally with family and friends in the truly universal pastime of viewing television and movies,” said Dan Spoone, president of the American Council of the Blind, in a statement.

For shows and movies that have audio descriptions available, the tracks can be turned on from within the caption settings at the bottom of the video player.

The new feature follows a settlement between WarnerMedia and blind individuals and advocacy groups that was reached last October.

The settlement called for at least 1,500 hours of described content on the streamer by the end of this March, increasing to at least 6,000 hours by the end of March 2023.