Swedish manufacturer Volvo Cars said that hackers had stolen research and development data from its systems in a cyberattack. 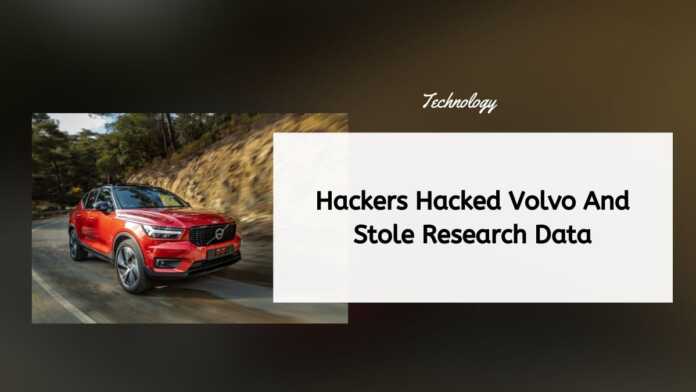 Swedish manufacturer Volvo Cars said that hackers had stolen research and development data from its systems in a cyberattack. The company, owned by China’s Geely, “has become aware that one of its file repositories has been illegally accessed by a third party,” it said.

“Investigations so far confirm that a limited amount of the company’s R&D property has been stolen during the intrusion,” Volvo added.

The company also said that “relevant authorities” have been informed and that measures are being taken to prevent further attempts to steal data. “Upon detection of unauthorized access, the company immediately took security measures, including measures to prevent further access to its property, and notified the appropriate authorities,” – stated in a Volvo Cars press release.

The company has not yet disclosed any details about the nature of the incident, what data was taken, or even from which office or system it was stolen. Volvo is headquartered in Gothenburg, Sweden. Volvo manufacturing plants are located around the world, including Belgium, China and the USA.

The company also has three research and development centers in Gothenburg, Camarillo (USA) and Shanghai (China). One of them may have become the target of this hacker attack.