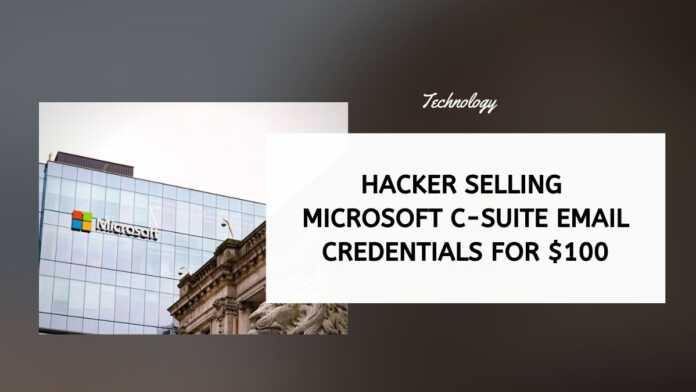 How much would someone pay for the email credentials of a CEO, a COO, or a CFO? Well, according to a hacker, anywhere between $100 and $1,500.

As per a report by ZDNet, a threat actor is selling email and password combinations for Office 365 and Microsoft account on an underground for Russian hackers called Exploit.in.

These account credentials as per the report by the threat actor belong to various high-level executives including CEO, CFO, COO, CMP, CTO, President, Vice President, and Director among others. They are being sold at prices ranging between $100 and $1,500 depending on the company and the role of the executive.

The seller refused to tell the publication the source from where he obtained these credentials. However, he did confirm that he has hundreds of credentials to sell.

While this hack may not have affected your work account, it is always advisable to secure your personal and professional email accounts and social media profiles using two-factor authentication in order to prevent falling prey to such scams.