Another 2 million records of LinkedIn profiles have been leaked as a proof-of-concept sample by the hacker. 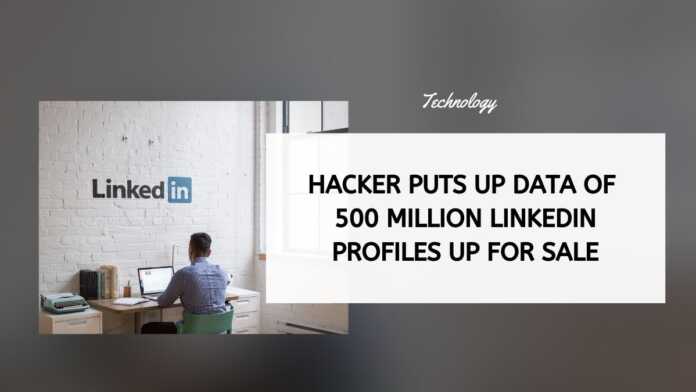 There is an archive of 500 million LinkedIn profiles that have been scraped from the site and put up on sale. The report added that another 2 million records have been leaked as a proof-of-concept sample under which it mentions the 500 million profile bank.

The leaked information includes the full names, email addresses, phone numbers, and genders of LinkedIn members. The hacker has put up a price of around $2 to view the leaked samples of 2 million profiles. As for the 500 million profiles, the hacker has asked for a 4-digit amount which is expected to be in Bitcoin.

LinkedIn responded to the hack and saying that the leaked data is actually public information. “We have investigated an alleged set of LinkedIn data that has been posted for sale and have determined that it is actually an aggregation of data from a number of websites and companies. It does include publicly viewable member profile data that appears to have been scraped from LinkedIn. This was not a LinkedIn data breach, and no private member account data from LinkedIn was included in what we’ve been able to review,” LinkedIn said in a statement.

The company added that data scraping violates its terms of services, and it will work on holding the person responsible for this. Facebook’s data leak was also data scraping and not a hack, the company had said in a blog.