Experts are claiming the GTA 6 to arrive only in 2022 at the earliest. 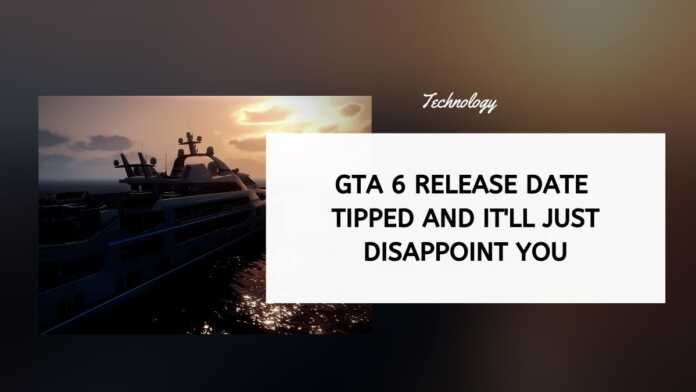 Grand Theft Auto 5 has been one of the most popular video games of the decade. And while the rumors of GTA 6 have been there since the past three years, developer Rockstar Games has been staying mum on the title and if it is being worked upon or not.

If you are one of those GTA fans who are waiting for GTA 6 to arrive on PlayStation, Xbox consoles or PCs, you might (yet again) be facing some disappointment.

That’s because experts are claiming the GTA 6 to arrive only in 2022 at the earliest. There is nothing confirmed about it. However, the news comes from Bloomberg’s Jason Schreier, who has given some accurate information in the past, via a podcast interview.

As per Schreier, GTA 6 won’t be coming for years. How many years? Not really sure. He adds that the title could be in early development stages for now. “I will say that I know a lot of people out there, especially a lot of avid GTA fans, probably skewing younger have been upset because I said that GTA 6 was in kinda early development and won’t be out for a few years.”

In addition, Schreier added that one should not expect GTA 6 to arrive until 2022 as Rockstar has just announced GTA 5 made specifically for PS5.

Since the title will be coming to PS5 by next year, the company is likely to introduce GTA 6 in the same year. This means we can see GTA 6 (at the earliest) in the year 2022.

However, whenever the title arrives, it might be safe to assume that it will have more details on lifestyle and gameplay in general and possibly better graphics.