YouTube Shorts is now available in more than 100 countries across the globe. 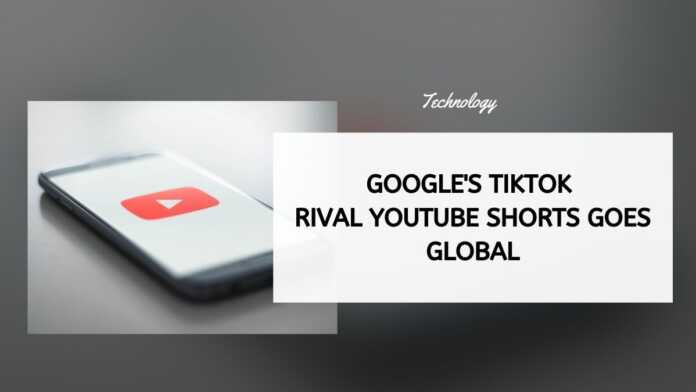 YouTube’s TikTok competitor, YouTube Shorts, is now rolling out globally. TikTok is one of the most popular short video-sharing platforms in the world. Its rapid growth and popularity prompted other social media companies to launch their competitors to this service.

While Facebook launched Reels on Instagram, Snapchat launched Spotlight and Google launched Shorts on YouTube. The feature first made a debut in India last year and then expanded to 26 countries across the globe.

Now YouTube Shorts, which is still in beta, will be available “across more than 100 countries around the world where YouTube is available.”

With YouTube Shorts being available in more and more countries, shorter videos are likely to be available on the video-sharing platform more frequently.

YouTube Shorts lets users create short-form videos that are up to 60 seconds long. The feature is available in both YouTube Android and iOS-based apps.

While YouTube is going to great lengths to emulate TikTok’s format, TikTok is experimenting with formats that are closer to YouTube’s traditional focus. It recently tripled its maximum video length to three minutes for everyone and has been slowly rolling out apps on TV platforms like Android TV and Fire TV.