More than 17,000 people had reported Gmail issues to the website DownDetector. 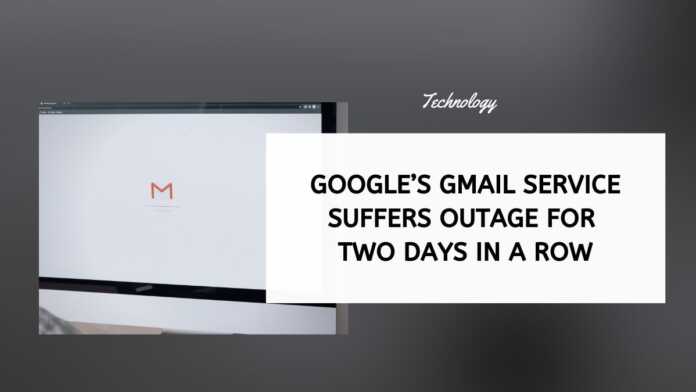 Google said Gmail connectivity issues affected a “significant subset” of users, the second consecutive day in which one of the internet giant’s most popular services had been stymied by technical problems.

The Alphabet Inc. company said service had been restored for all users at 6:51 PM New York time on Tuesday. Google first reported the problem at 4:29 PM, according to its status page.

More than 17,000 people had reported Gmail issues to the website DownDetector, which compiles the user-reported website and mobile network errors.

“We apologize for the inconvenience and thank you for your patience and continued support,” Google said on its website. “Please rest assured that system reliability is a top priority at Google, and we are making continuous improvements to make our systems better.”

Google services, including YouTube and Gmail, suffered major global outages Monday, temporarily preventing people from accessing those and other products from the internet giant.

The company later said it had “experienced an authentication system outage for approximately 45 minutes due to an internal storage quota issue.”

“We apologize to everyone affected, and we will conduct a thorough follow up review to ensure this problem cannot recur in the future,” a Google spokeswoman wrote in an email Monday.