Google also promised that it will be launching 40 new Chromebooks featuring a host of new accessibility improvements this year. 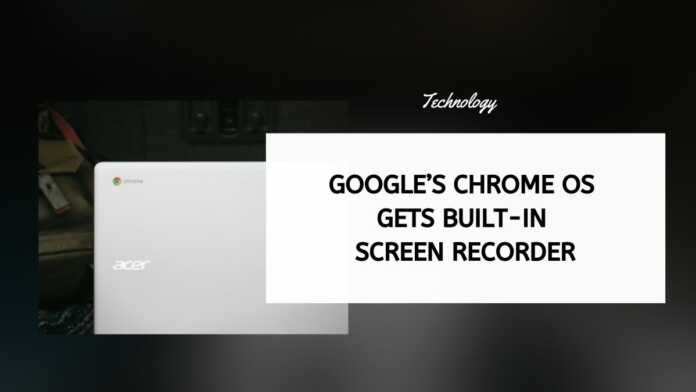 Google announced a bunch of new features on Chromebooks for educators and students around the world. The long list of features also includes an update that will be rolling out to the Chrome OS-powered laptops in March this year.

Google said that it has built a screen recording tool right into Chrome OS that will enable teachers and students to record lessons and reports in the classroom and at home. This new feature will be rolled out to the Chromebooks in March 2021.

In addition to this, Google also promised that it will be launching 40 new Chromebooks featuring a host of new accessibility improvements this year.

While the company didn’t share the details about these devices, it did say that many of them include convertible Chromebooks that function as a laptop and a tablet and come with a stylus, touchscreen, and dual-cameras for students to take notes, edit videos, create podcasts, draw, publish digital books and record screencasts.

The company also said that every new Chromebook is equipped to deliver exceptional Google Meet and Zoom experiences. “We also have devices that can better support students with limited access to the internet, or in countries with strong mobile broadband networks. These devices, called Always Connected devices, have an LTE connectivity option that allows you to connect via your preferred cellular network,” the company explained in a blog post.