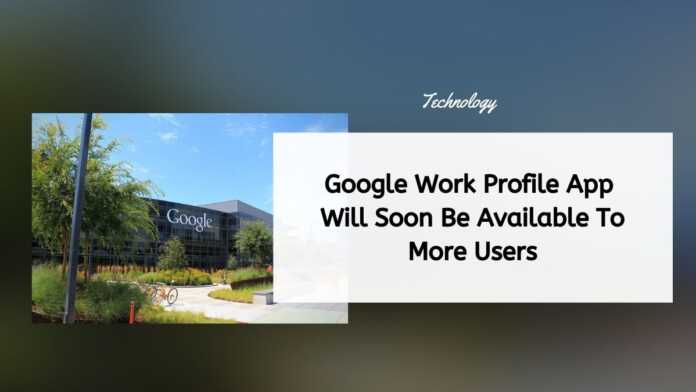 Google is looking to help users to maintain a healthy work-life balance, by opening up its Work Profile tool to users globally. The company said that Work Profile would later be expanded to include anyone with an Android phone who will be able to turn off their business apps with just one button.

Google said that it would make its Work Profile tool available for users next year, as part of Google Workspace. For users who have not used the Work Profile tool, it is the company’s built-in service on all modern Android phones that allows users to add their company’s email apps to their personal phone, with the option to completely switch off those apps with one button.

At the moment, only a company that manages devices is able to turn on the Work Profiles feature on Android, but Google stated that it would roll out the tool to more users in 2022.

Google said that Work Profile would later be expanded to include anyone with an Android phone will be able to turn off their business apps with one button. The feature could also come in handy while running two versions of the same app, for example, WhatsApp.

The Google Work Profiles feature also allows users to use company apps on their personal devices without having to grant any permission to the company to their personal files and data.

Data and operations for these apps take place in a separate section, which can be switched off whenever required while allowing them to use their other personal apps.

According to 9to5Google, the upcoming support does not appear to be tied to Android 12, and Google is expected to reveal more details about the feature at a later date.