Google Wants Everyone To Use Its AR Tools

Google said that it will soon be launching Lowe’s Persistent View, which will let users design their homes in AR. 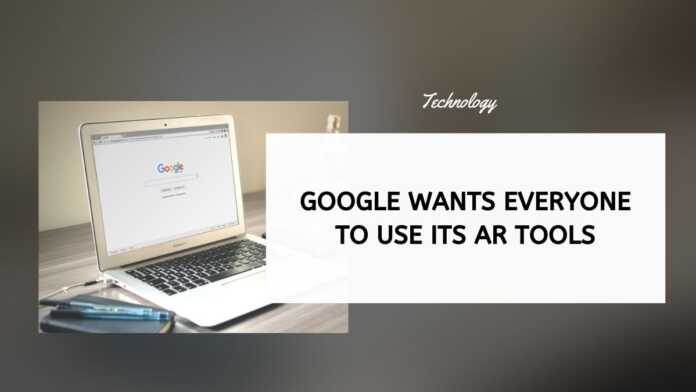 Last year, Google previewed its augmented reality (AR)-based tool called Cloud Anchors API in ARCore, which lets people return to shared AR experience over and over again, to everyone. Now the company has released ARCore 1.20 to Android, iOS, and Unity mobile developers.

This tool will help developers all over the world to help people learn, share and engage with the world around them using AR. The company has launched several services that harness the power of Augmented Reality and by extension these tools to provide a wide variety of services to the users globally.

For instance, there is a MARK that is a social media platform that lets people leave AR messages in real-world locations for friends and family to discover. This service is now available globally.

The company has also released REWILD Our Planet, which is an AR nature series produced by Melbourne based studio PHORIA. REWILD uses Ultra High Definition Video alongside AR content to let users venture into the earth’s unique habitats and interact with endangered wildlife.

Another such platform is Changdeok Arirang, which is an AR tour guide app that combines the power of SK Telecom’s 5G with persistent Cloud Anchors.

Visitors at Changdeokgung Palace in South Korea are guided by the legendary Haechi to relevant locations where they can experience historical and cultural high fidelity AR content.

Then there is SJ Labs in Sweden, which together with Bontouch uses persistent Cloud Anchors to help passengers find their way at Central Station in Stockholm.

Google said that it will soon be launching Lowe’s Persistent View, which will let users design their homes in AR with the help of an expert. “You’ll be able to add furniture and appliances to different areas of your home to see how they’d look, and return to the experience as many times as needed before making a purchase,” Google wrote in a blog post.