Google hasn't shared a timeline as to when the company is planning to phase out this feature. 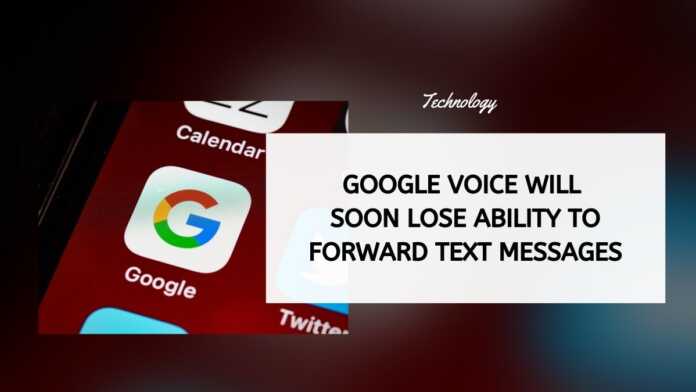 Google Voice comes with a feature that enables it to send text messages via a user’s phone number and messaging app. The app also has a message forwarding feature wherein the app is able to send a copy of a user’s incoming message to their carrier-based phone number. Now, word is that the service is losing this feature.

As per a report by 9To5 Google, Google Voice will lose the ability to forward messages soon. The company has updated its support page to reflect the change.

“Message forwarding to linked numbers will stop soon because mobile carriers have started to block these messages,” Google wrote in a message on the support page indicating that the change is happening owing to the fact that carriers are blocking these messages.

The company has also started rolling out an updated version of the Google Voice app, version 2021.10, on the Play Store. This update, as per the publication, indicates that the feature will be phased out sooner than later. The report also says that the change isn’t live in the service’s Android or web apps yet.

For those of you who aren’t sure, Google Voice is a telephone service that provides call forwarding and voicemail services. Further, it allows users to link multiple devices to a Google Voice number such that users are able to make or receive calls on multiple devices using the same number.