It’s been more than a decade since Google Translate Android App was pushed out, this one billion figure is not surprising. 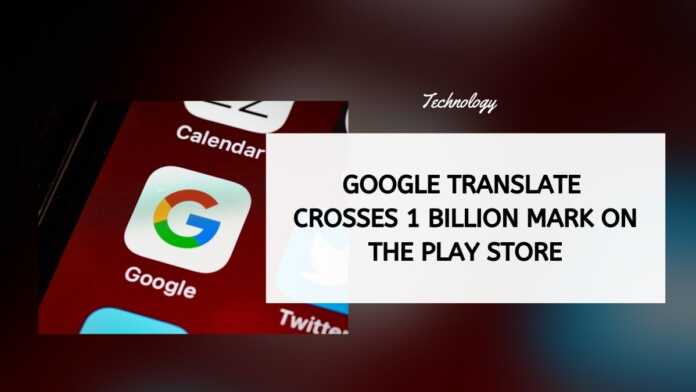 Google Translate is one of the easiest translation apps to go-to for quick and easy translations. And it is also free and easy to use, thus its popularity is understandable as far as downloads are concerned.

It’s been a little more than a decade since Google Translate was introduced as an Android app (back in January 2019) and over time the app has been updated with a whole bunch of new features and UI iterations.

Google Translate has reached a milestone after 11 years and three months since its release – it has crossed 1 billion downloads on the Google Play Store.

These more than 1 billion downloads are from users and not OEMs since the Google Translate app is not a part of the mandatory Google Mobile Services core apps package. That means that people with Google Translate on their phones all went to the Play Store and downloaded the app from there.

There are literally no other translation apps, free or paid, that can wholly trump Google Translate and it continues to sport a 4.5-star rating on the Play Store.