Google To Speed Up Chrome’s Release Cycle To Four Weeks

Google is working on speeding up the release cycle of Chrome updates to four weeks from the current six-week period. 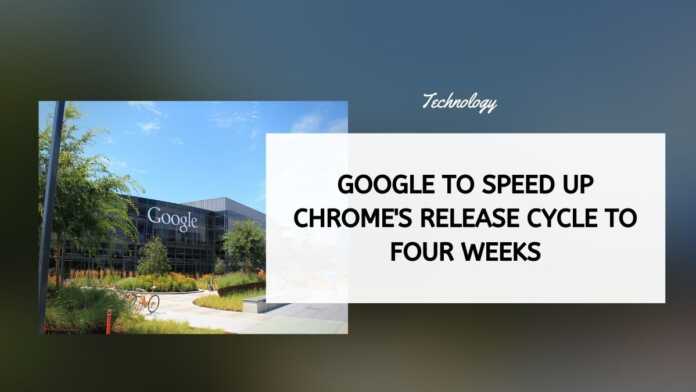 Google is working on speeding up the release cycle of Chrome updates to four weeks from the current six-week period in order to improve the security, speed, and stability of the browser application.

As per The Verge, starting with Chrome 94 in Q3, 2021, Google will release milestones of its browser every four weeks, instead of every six weeks. This is the first time Google has sped up its Chrome release schedule for more than a decade.

“As we have improved our testing and release processes for Chrome, and deployed bi-weekly security updates to improve our patch gap, it became clear that we could shorten our release cycle and deliver new features more quickly,” explained Alex Mineer, a technical program manager at Chrome.

Additionally, Google will add a new ‘Extended Stable’ option, with milestone updates every eight weeks. The new option will be available to enterprise administrators and Chromium embedders who need additional time to manage updates.

Important security updates will still arrive every two weeks in this version, but Extended Stable should hopefully avoid the situation where silent Chrome experiments end up angering IT admins. For users on Chrome OS, the company is also planning to support multiple stable release options.