Google will be able to update font files containing emojis without needing to update their entire operating system. 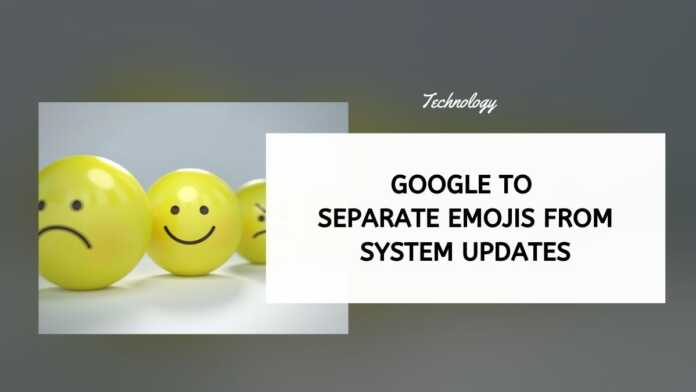 Emojis are part of the modern world. They not only help to communicate with others easily but also makes communication a lot of fun. A recent report suggests Google is planning to make some changes to ensure Android users get emojis faster.

XDA Developers reports that Google is planning to separate emoji updates from system updates. As of now, font files containing emojis are stored under /system/fonts directory. So refreshing them has been possible only through an over-the-air update.

The system partition where these files are stored are read-only, and so they can be updated via an over-the-air system update only.

Further, the publication has spotted new commits at the Android Open Source Project (AOSP) Gerrit, which suggest that the tech giant is planning to decouple font files away from needing a system update. If Google makes these changes, font files will be stored under the data/fonts/files directory.

This would enable the company to update font files separately from the system update. Simply said, Google will be able to update font files containing emojis without needing to update their entire operating system, which has been the case until now. Or in other words, you will get new emojis on your Android smartphone faster.

Further, Google hasn’t rolled out this update yet and it remains to be seen when this update is available to Android users at large.